Are you a new or aspiring blockchain professional trying to find your ideal position? Our blog series on businesses developing blockchain applications on BSV is for you!

In the previous edition of this series, the Bitcoin SV Academy spoke with business founders building IoT products on BSV. In this edition, we catch up with two businesses using the Bitcoin SV blockchain to build payment solutions.

Bitcoin SV Academy: Do you employ in-house developers, or do you outsource your blockchain development work?

Our token protocol, the Touchstone verification technology, was developed in-house. The Badge token contract we use was developed through cooperation between our developers and sCrypt. We're always researching how to expand our technology, looking into DID's (Decentralised Identifiers) and what else we can do with tokens. We have a very strong and talented blockchain development team.

Bitcoin SV Academy: Will you be hiring more developers in future?

Jacob Cohen-Rosenthal: We're always looking for quality engineers. Our founders passionately believe in Bitcoin and are dedicated to improving the ecosystem so blockchain can become the core infrastructure of the new Internet and facilitate other real-world use cases. Our mission is to offer Blockchain-as-a-Service, which is the idea that the companies we're servicing don't need to take on the risk of holding any cryptocurrency to utilise its benefits, like identity or data verification.

Bitcoin SV Academy: Which specialities, skills and certifications are you looking for when hiring new developers?

Jacob Cohen-Rosenthal: It's a pretty new industry, so there aren't many blockchain certifications. In terms of software development, we want to see the work people have done and the projects they've participated in.

When it comes to blockchain engineering, you'd need a deep understanding of how Blockchain works, both technically and economically. Blockchain is about computer science and engineering, but economics and game theory are also crucial to the network. If you haven't studied formally, make sure that you have a sense of the chain economics, the incentives and the kind of attacks to protect the network against.

Bitcoin SV Academy: Where do you advertise new positions?

Jacob Cohen-Rosenthal: We mainly use a Chinese app called Boss直聘. So, if you are fluent in Chinese and able to work locally in the office in Fuzhou, keep an eye on the app.

Bitcoin SV Academy: Where should someone start if they’re interested in working in blockchain development?

Jacob Cohen-Rosenthal: If you're interested in getting into blockchain development, I'd recommend you to head over to our developers’ platform. We’ve created documentation and developer tools that make it easy to create a blockchain app. There are tutorials for JavaScript and the like.

My goal is to make it even easier so that you can start writing an app with three lines of code so you'd have logins and payments already taken care of. You'd be able to log in with DotWallet, and you'd be able to make payments.

If your application is blockchain-based, even if it's to store data, you still have to be able to send a transaction. Our APIs make it easy to do that, and because we are a miner, our transactions get broadcast better.

I would encourage people who want to wet their feet in blockchain technology to go to our developers' page, check out the APIs and start off by making a little app. You could even post it on our app store so people can use it. The best way to get started and to prove yourself is to create something.

Bitcoin SV Academy: What skills do people need to start on this developer platform? Do they need some software development skills?

Jacob Cohen-Rosenthal: Most of our resources and tools are for JavaScript, but you can use any language because the API is language-agnostic. The documents should be clear enough to allow you to use another language.

Do you have in-house developers, or do you outsource it?

Lorien Gamaroff: We've got in-house developers offices in Johannesburg, South Africa. We also have a CTO who left for Singapore three months ago but we still have him on board as a contractor. We've got another contractor who's moved to Amsterdam. They've both been deeply involved in the business from the start, so I'm reluctant to let them go. Those are the exceptions. As a rule, our team operates from our office in Rosebank, Johannesburg.

What about the future? Do you see your need for developers increasing?

We're a growing business, and I'm appointing new developers as the business can afford it. Minit Money is doing really well right now, as we're taking a nice bit of market share from other companies in the space, and that's just beginning to boom.

We are under-resourced at present, especially at Centbee, where I'm handling development on my own at present. We're about to expand our value-added services into Mozambique and other African countries. There's no way I'm going to be able to manage all that by myself, so I will definitely have to expand the team.

What skills and experience do you look for in new hires? Are you looking for contract workers, freelancers or full-time employees?

I like the idea of people being in tune and working on the same thing instead of freelancing on several jobs. Culture is very important to me. That's why I like having the guys in the office where we can be a kind of little family. We've got a great culture right now, and I hope to expand that.

BSV blockchain applications in other industries

Subscribe and follow us on social media to get a deeper look at the industries building business applications on BSV’s enterprise-scale blockchain and get an idea of where your skills could fit in.

If you are ready to look for a job in blockchain development, head over to our job board to see what is available. 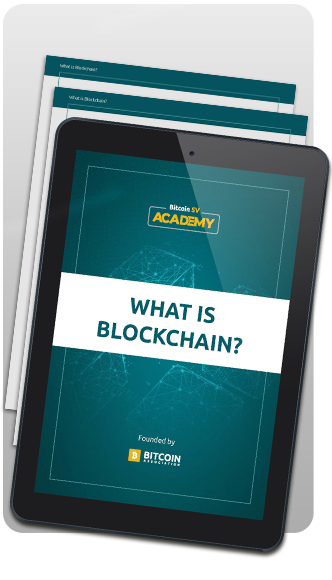